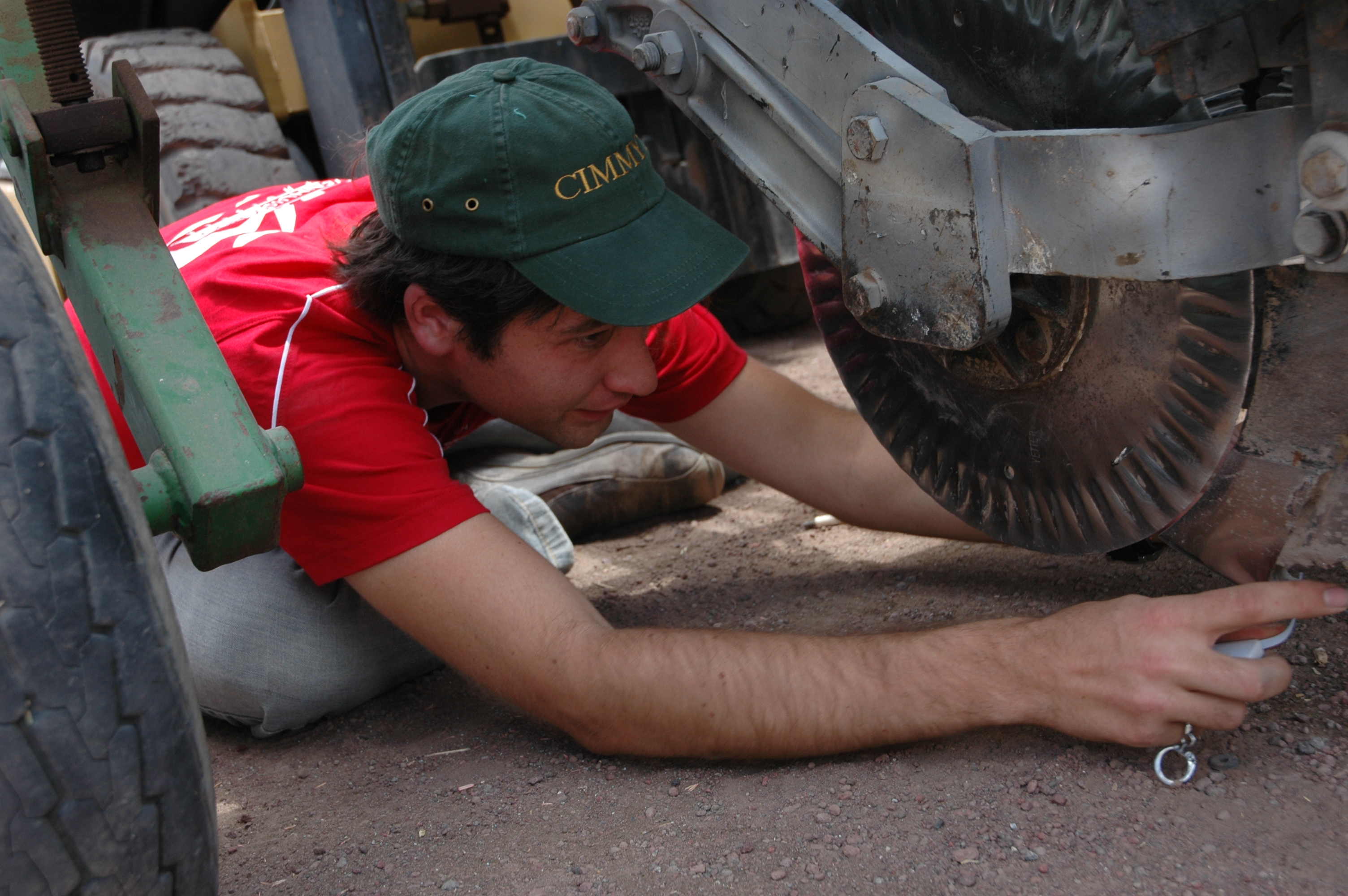 The Award was announced by U.S. Ambassador Kenneth Quinn, World Food Prize President, at the USAID Frontiers in Development Forum in Washington, D.C., on 18 September, and will be given as part of the World Food Prize Borlaug Dialogue international symposium on 15 October.

It recognizes work by a researcher under 40 years old who emulates the scientific innovation and dedication to food security practiced by 1970 Nobel Peace Prize Laureate, Dr. Norman Borlaug.

“Dr. Govaerts has used creative and innovative approaches in applying science to improve farming systems, to focus on farmers as development catalysts and to restore a sense of pride among farmers and those who serve them,” said Quinn.

Govaerts was particularly inspired by the phrase “Take it to the farmer,” an aging Borlaug’s rejoinder to colleagues who showed him a new device for measuring the vigor of a field crop. Applying this principle, Govaerts was instrumental in framing the MasAgro initiative and its “Take it to the Farmer” component, which integrates innovations into small-scale farming systems for maize and wheat, while minimizing harmful impacts on the environment.  As a result of this work, Mexican farmers on over 94,000 hectares switched to sustainable systems using MasAgro technologies, while farmers on another 600,000 hectares are receiving training and information to improve techniques and practices.

Govaerts began working for CIMMYT as an undergraduate student at the Catholic University of Leuven, Belgium. “He quickly developed an immense knowledge of Mexican agriculture, mentored numerous scientists and put into practice an ambitious vision to develop and promote agricultural practices that improve farmers’ incomes and livelihoods,” said Lumpkin.

“The best recognition of Dr. Borlaug’s legacy is to be conscious and shout out loud that farming is the future,” said Govaerts. “It is our moral duty as researchers to bring pride back to the fields by harnessing the existing innovations of farmers and other value chain actors and fostering capacity and application of science and technology, hence making agriculture sexier for future generations.”

Additional reading on this topic:

The media release regarding the award.