Jie Xu received the 2018 MAIZE-Asia Youth Innovators Award from the CGIAR Research Program on Maize (MAIZE) for her work on drought stress in maize root systems. Her work seeks to understand the genetic basis of plant adaptation to drought with a view to applying the findings to breeding drought-tolerant maize. Originally from Chengdu, in Sichuan Province, China, she is an Associate Professor at Sichuan Agricultural University. In a recent interview, she discussed the challenges and opportunities facing maize in Asia, as well as the importance of involving young women in agriculture and maize-based systems.

Q: What inspired you to pursue a career in maize-based systems?

I was born in the western rural area of China, where maize is widely cultivated, being one of our favorite crops. When I was a student in Sichuan Agricultural University, I joined the maize research institute for my bachelor’s degree in 2006 and began my maize drought tolerance research under the guidance of my mentor, Prof. Tingzhao Rong. Drought tolerance is a very complex trait – it takes us years to screen the typical tolerant/sensitive inbred lines and construct the suitable research populations.By studying the maize inbred lines, which exhibit different levels of drought tolerance, we explore their genome and transcriptome variations to understand the genetic basis of plant adaptation to drought. This knowledge can then be applied to breeding drought-tolerant maize. However, the more I learned, the more I realized how much I didn’t know and just how complex the drought-tolerance trait is. 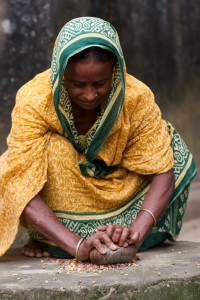 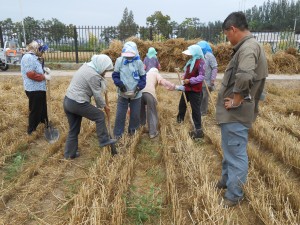