Partner survey for Phase II: the results are in!

The CGIAR Research Programs (CRPs) are an initiative taken to join the many different organizations and groups working in all levels of agriculture in a cohesive and sustained effort to improve the productivity and livelihoods of disadvantaged farmers around the world.

These CRPs are now in the process of drafting proposals for the second phase of operations and, to continue this partner-focused approach, MAIZE CRP undertook a survey to gather feedback from partners on the portfolio of research and development activities undertaken within the five Flagship Projects (FPs) that have defined MAIZE strategy. 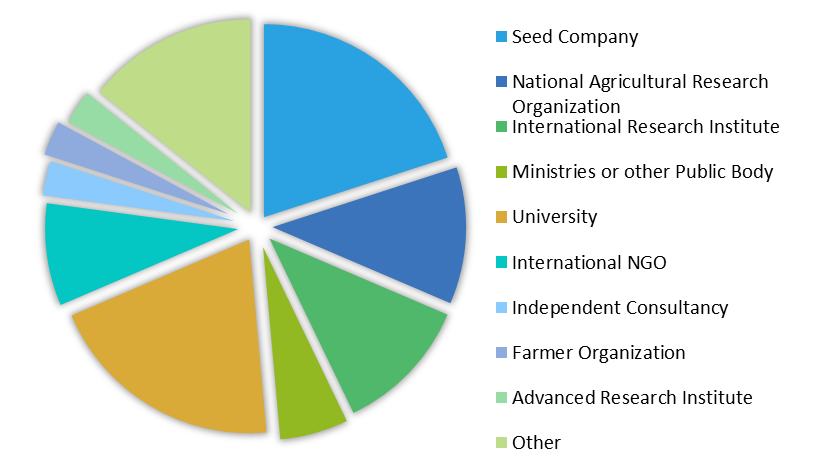 The broad variety of MAIZE partner organizations was well-reflected among respondents to the survey, though organizations with a focus on maize breeding may have been particularly strongly represented.

The five flagships strategy has now been redesigned for MAIZE CRP Phase II, but the many valuable comments submitted through the survey will still be taken into account in planning.

Respondents across the board showed engagement with all the flagships, in particular with flagship 4, ‘Aligning with and strengthening maize seed systems.’ Seed company partners in maize were keen to stress the importance of developing local seed sector capacities to deliver improved maize varieties to farmers.

In FP1, ‘Sustainable intensification of maize-based farming systems’, one respondent suggested changing farming practices to manage crop diseases, in particular maize lethal necrosis (MLN). Management practices, both on-farm and at the seed system level, will be an important focus of the MLN response going forwards.

Two respondents highlighted the need to address the age gap in agriculture with strategies to engage with and involve more young people.

In general comments, many partners expressed praise for the holistic and inclusive strategy pursued by MAIZE, taking a lead in the farming and seed systems approach, while suggesting several specific activities and research areas that could enhance the overall portfolio.