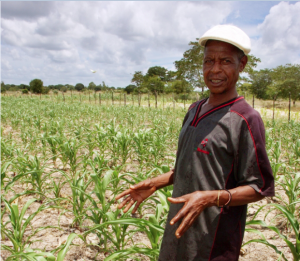 CIMMYT’s increasing efforts to promote CA in Sub-Saharan Africa began at a regional hub in southern Africa in 2004, moved to eastern Africa in 2009, and subsequently expanded to other Africa locations. In Africa, conservation agriculture has benefitted from significant donor attention and the call to address multiple agricultural challenges, which include the pressure of expanding populations on land resources, declining soil fertility, low productivity, and the negative effects of climate variability.

Research has proven the biophysical and economic benefits of CA for Africa, yet CA adoption and spatial expansion by African farmers is relatively low, compared to its acceptance in similar agro-ecologies in the Americas and Australia.

The lack of widespread adoption in Africa has led some researchers to question the suitability of CA for smallholder farmers in Africa or the wisdom of spending resources to study and promote it. A divide between CA-for-Africa proponents and opponents in the research community has opened, obscuring issues and hindering unbiased examination of CA opportunities and constraints. Adding to the uncertainty, there is little research in Africa to assess where CA might make the best impact or, more generally, where conditions are simply too marginal for cropping systems of any type.

After 10 years of research, we feel it is critical to look objectively at where we are with CA in Africa. Specifically: What is CIMMYT’s comparative advantage in the research and development of CA systems? Does “business-as-usual”— that is, conventional tillage systems — provide better outcomes? Is there any form of alternative agriculture being adopted more quickly or widely than CA? Do we gain anything if we lose our comparative advantage as a leading global CA research institute and only focus on “good agronomic practices”?

We believe that CA has great promise for smallholder farmers in sub-Saharan Africa but CIMMYT and other organizations may have approached its study and extension from the wrong angle. In particular, CA has often been promoted in Africa as a way to raise yields. In fact, short-term yield gains are common from better moisture capture and retention under CA, in seasons with erratic and prolonged dry spells. But yield benefits from CA are normally not immediate; they generally begin to appear after two-to-five cropping seasons. Smallholder farm households often live at the edge of food insecurity year-in and year-out and are undisposed to risk an innovation that raises system productivity only in the medium term.

In contrast, the adoption of CA outside of Africa has been driven by benefits such as energy savings, reduced erosion, more timely sowing, and enhanced water- and nutrient-use efficiency. Furthermore, CA adopters worldwide have typically been large-scale commercial farmers who seek enhanced and sustainable profits and, as a consequence, ways to cut production costs. So how can their positive experience apply to smallholders and be used for proper targeting and extension of CA systems in Africa?

In our opinion, CIMMYT and its partners should focus on(1) identifying the key drivers that have facilitated adoption of CA worldwide and (2) delineating the niches in Africa where these drivers are present, meaning where CA is likely to fit. As a start, we may wish to look at settings where: 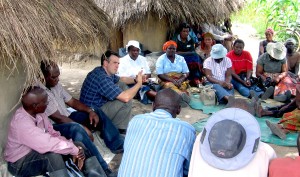 We believe that challenges have too often been confused with barriers to adoption. Too much time and effort have been spent highlighting challenges arising when implementing CA, instead of actively looking for ways to overcome them through technological and institutional innovations, including improved working arrangements between multiple actors. Furthermore, we feel that far too many resources are being channelled by CIMMYT’s Global Conservation Agriculture and Socioeconomics Programs into diagnostic studies, without commensurate investments in applied research for innovations to address the challenges.

Future research with farmers and other stakeholders should explore opportunities to ensure that CA systems meet smallholder farmers’ needs. It should also aim to target CA principles and practices in areas where highest returns are expected.

In conclusion, we believe that business as usual is not an option and that, in many places where CIMMYT works, CA is in demand to alleviate labor bottlenecks, improve the timeliness of operations, control erosion and improve water- and nutrient-use efficiency. Should this demand be ignored? Of course challenges exist, but research – and international research in particular – should not simply document challenges but also provide solutions.

For further detail regarding these views, stay tuned for the upcoming paper:

Baudron, F., Thierfelder, C., Nyagumbo, I., Gérard B., 2015. Where to target conservation agriculture? How to overcome challenges associated with its implementation? Experience from Eastern and Southern Africa. Forthcoming (expected in early-July) in Environments.

Christian Thierfelder is a CIMMYT cropping systems agronomist based in Harare, Zimbabwe. He has worked since 2004 in CA projects in Malawi, Mozambique, Zambia and Zimbabwe and has conducted applied and strategic research on-farm and on-station to adapt CA to the needs of smallholder farmers in southern Africa. Through effective partnerships he has reached out to more than 10,000 farmers in southern Africa. He guided the research programs of 25 B.Sc., M.Sc. and Ph.D. students, and has authored and co-authored more than 30 research articles in high-impact peer-reviewed journals and books.

A CIMMYT systems agronomist based in Addis Ababa, Ethiopia, Frédéric Baudron trained as a tropical agronomist, specialized as a livestock scientist and worked for various development programs targeting the interface between people (mainly farmers) and wildlife. He then completed a PhD in plant production systems. Projects he leads include Farm Mechanization and Conservation Agriculture for Sustainable Intensification (FACASI), implemented in Ethiopia, Kenya, Tanzania and Zimbabwe.

Isaiah Nyagumbo is a CIMMYT cropping systems agronomist based in Harare, Zimbabwe.  He has worked in water harvesting and soil conservation research initiatives and was a pioneer of CA work on smallholder farming systems in Zimbabwe since the 1990s. Isaiah currently leads the agronomy component of the CIMMYT managed and ACIAR funded regional program ‘Sustainable Intensification of Maize-Legume Systems in Eastern and Southern Africa (SIMLESA)’ operating in 5 countries of Eastern and Southern Africa.  Isaiah has also authored and contributed to regional research publications focussing mainly on CA, agricultural water management, water harvesting and technology dissemination.