Maize is an essential staple crop that plays an important role in food security. Over the last decade, the CGIAR Research Program on Maize has worked to understand and strenghten the nutritional potential of maize and maize products around the world.

Along with wheat and rice, maize is a staple crop for

4.5 billion people in LMIC countries, providing over
30% of their food calories.

According to the K’iche’ maya people of mesoamerica, maize is the very stuff from which human beings were created. Today, for the more than 900 people across the global south who depend on maize as their staple food, there’s a grain of truth to this.

In addition to calories, maize is an important source of many micronutrients and phytochemicals. But a maize-dependent diet can lack protein, as well as sufficient essential micronutrients such as zinc, vitamins A and E and certain amino acids. Known as “hidden hunger,” chronic nutrient deficiencies can have grave health effects.

How can we address these gaps and ensure that maize-dependent consumers are getting the most out of their diet?

Researchers with the CGIAR Research Program on Maize tackled these questions along two fronts. 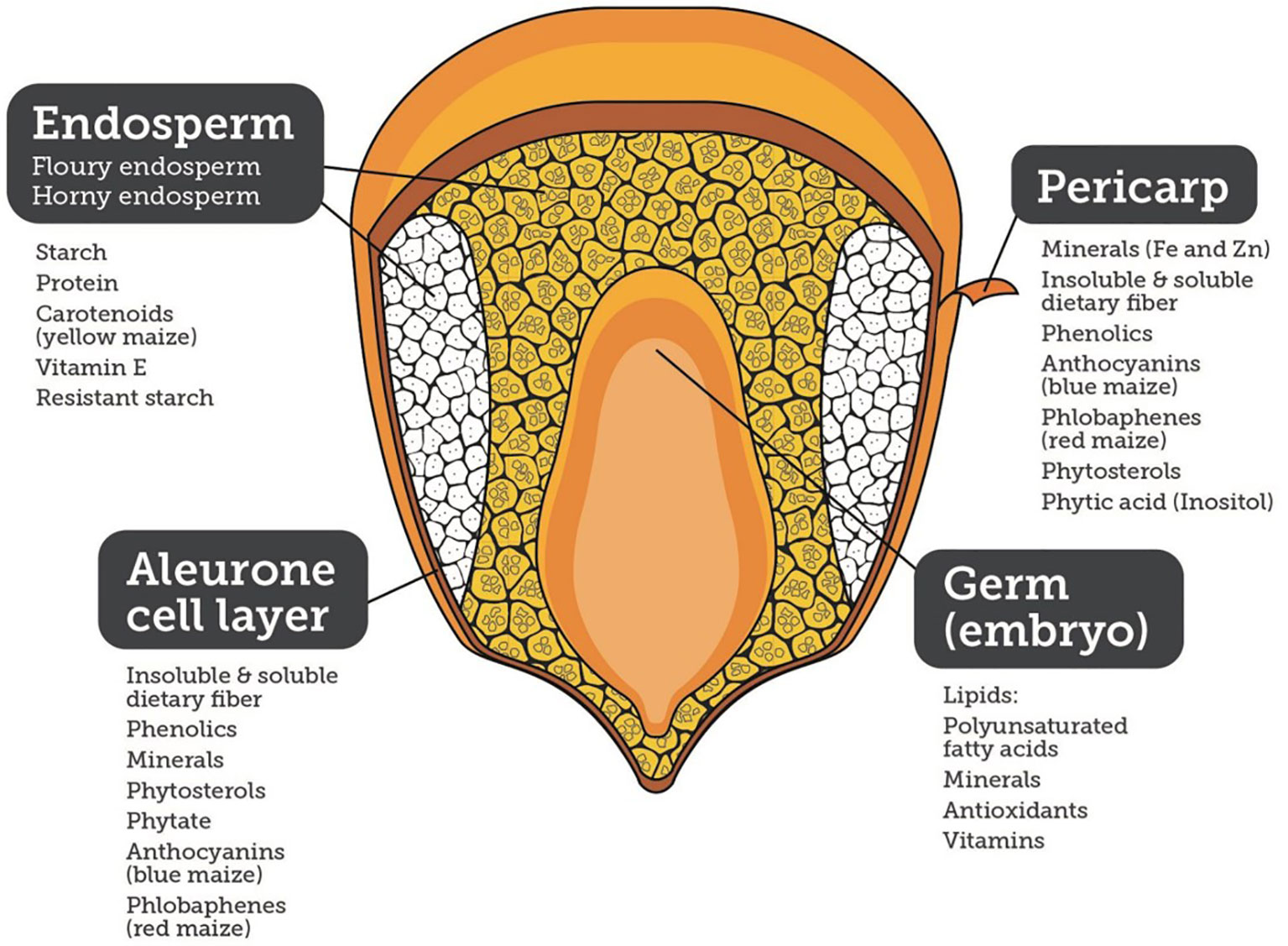 QPM grain features enhanced levels of the amino acids lysine and tryptophan—essential for protein synthesis and healthy development in children.

CIMMYT and its primary MAIZE partner, the International Institute of Tropical Agriculture (IITA), have successfully pursued the study, breeding, and promotion of provitamin-A enhanced, orange maize, whose use in local foods both reduces vitamin-A deficiencies and curbs the development of fungi that produce harmful substances known as aflotoxins.

“High quality, nutritious grain is an important part of the puzzle, but so are the nutritional effects of various post-harvest storage, processing, and cooking techniques,” says Natalia Palacios, maize quality specialist and head of the Maize Quality Laboratory at CIMMYT.

This led to questions about different areas along the agro-food chain where the nutritional value of maize-based foods could be conserved or improved, culminating in a comprehensive, interdisciplinary review of the subject that spans from maize biochemistry to traditional maize-based agronomic and cooking practices. As Palacios puts it, “Food security, nutrition and food safety are inextricably linked, and we must address them from the field to the plate and in a sustainable way.”

Web Content
Natalia Palacios Gets the Most out of Maize

Video
The Cereal Serial: What Are Whole Grains and Why Do They Matter?