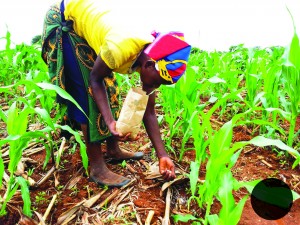 After water, nitrogen is the single most important input for maize production; lack of it is the main constraint to cereal yields in Africa, in areas with enough rain to raise a crop. Year after year, infertile soils and high fertilizer prices (in rural areas as much as six times the global average) combine to reduce harvests of maize, sub-Saharan Africa’s number-one cereal crop and chief source of calories and protein for the poor.

With funding from the Bill & Melinda Gates Foundation and the U.S. Agency for International Development (USAID) and led by the International Maize and Wheat Improvement Center (CIMMYT), an initiative launched in 2010 has made dramatic progress to address this by exploiting natural genetic variation for nutrient-use efficiency in tropical maize. “Partners have been breeding maize varieties that respond better to the small amounts of nitrogen fertilizer African farmers can afford to apply,” said Biswanath Das, CIMMYT maize breeder and coordinator of the Improved Maize for African Soils (IMAS) project. “We’re aiming to raise maize yields by 50 percent and benefit up to 60 million maize farmers in eastern and southern Africa.”

A public-private partnership that, along with CIMMYT, involves national research organizations such as the Kenya Agricultural & Livestock Research Organization (KALRO) and South Africa’s Agricultural Research Council (ARC), African seed companies and DuPont Pioneer, IMAS has advanced quickly in part because participants share breeding lines and technical knowhow, according to Das. 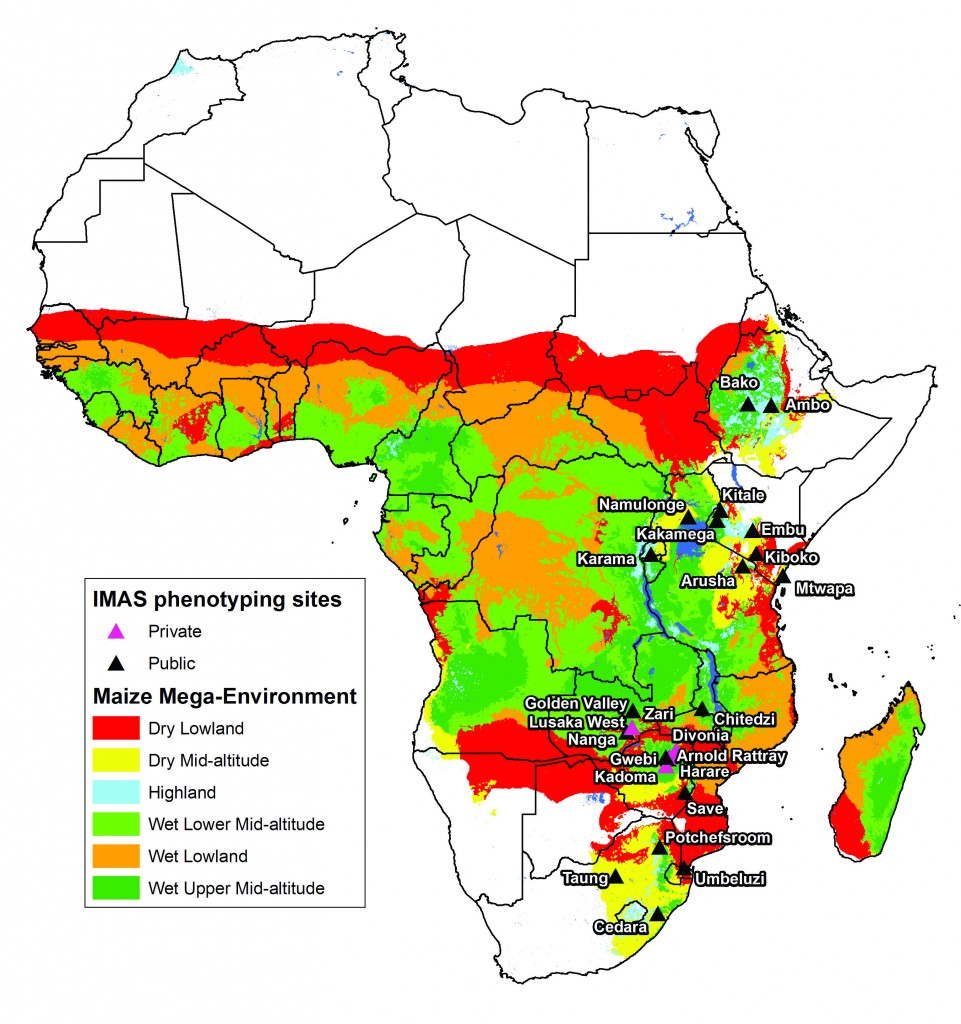 “But a real key to success – and a significant legacy of the project– is that IMAS has established in eastern and southern Africa the world’s largest low-nitrogen screening network for maize,” Das explained. “There are 25 sites in 10 countries* and a total of over 120,000 experimental plots. Partners can test breeding lines and quickly and reliably spot the ones with superior nitrogen-use efficiency under smallholder farmers’ conditions.” According to Das, nearly a quarter of the plots are managed by seed companies, which recognize the value of nitrogen-use efficiency as a key trait for their farmer clients.

In an exciting 2014 development, regulatory agencies in eastern Africa began evaluating maize national performance trials — which varieties must pass as a prerequisite for release — under nitrogen stress in the IMAS network. “This is a clear recognition by policymakers of poor soil fertility as a critical constraint for African maize farmers,” said Das. “To meet farmers’ needs, IMAS varieties are also bred for drought tolerance and resistance to the region’s major maize diseases.” In 2014, 41 such varieties were nominated for release in nine countries in Africa, in partnership with 24 seed companies. This year IMAS also worked with seed companies to support the production and dissemination of 3,000 tons of seed of nitrogen-use efficient maize hybrids in Kenya, Mozambique, Tanzania and Zimbabwe, potentially benefitting more than 120,000 smallholder maize farmers and helping to enhance food security for over half a million household members, according to Das.

“Close collaboration with the private seed sector has been instrumental to IMAS since its inception,” Das said. “These partners host over a quarter of the regional nitrogen stress screening network and have helped with the quick increase of seed of nitrogen-use efficient varieties and with managing farmer demonstrations and field days to support the fast release of new varieties.”

A December 2014 report by the Montpellier Panel – comprising agricultural, trade and ecology experts from Europe and Africa – details the economic and ecological threats of degrading soils in Africa, and is highlighted in an 04 December BBC feature.