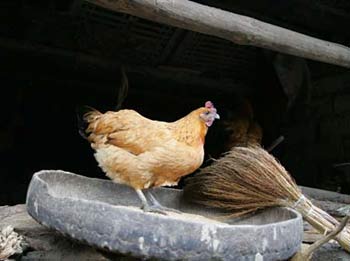 The maize scenario in Asia is somewhat unique compared to the rest of the world. Firstly, 70 percent of the total maize produced in Asia is used for feed purposes, 23 percent as food, and 7 percent for other uses. The feed demand has opened a new market for maize in South Asia. Responding to demand from expanding poultry feed markets, the area of maize planted in Bangladesh rose from only a few thousand hectares in the 1980s to more than 200,000 hectares in 2007-08. Still, as recently as 2005-07, the local production of maize in Bangladesh could meet only 55 to 60 percent of national maize demand for poultry and other feeds.

Communication with experienced farmers and concerned researchers suggested that degrading soil fertility (as hybrid maize is an exhaustive crop), emerging micro-nutrient problems, imbalanced use of fertilizers, improper and low use of irrigation, and late planting in the winter season are the main reasons for poor yield. These problems will have to be addressed properly to maintain and increase maize yield. To push the achieved grain yields even higher up the yield potential curve will require higher levels of nutrients and their management and overall better soil stewardship. There is need to do nutrient series experiments on very high input/very high yield maize crops on-farm to find out which nutrients are limiting. (M.Y. Ali 2008. Maize-rice cropping systems in Bangladesh: Status and research opportunities. Mexico, D.F.: CIMMYT)

The incidence of bird flu in 2008 also drastically reduced the area under maize cultivation in 2009, as there was no significant demand for maize. This indicated that maize production in Bangladesh is highly dependent on the poultry industry; it also signifies that sustainable maize production in Bangladesh cannot be achieved without diversifying its uses, including promoting maize for human consumption.