Can men and women benefit equally from agricultural innovation?

“We’re in charge.  Women know very well how to farm here,” explained patiently a young woman from San Gabriel de las Molinas, a hillside village three hours west of Mexico City where maize is critical to local livelihoods.  Part of a focus group discussion that CRP MAIZE was facilitating, the woman was directly challenging a question suggesting that the village men were more productive farmers than the women.  Indeed, this was not an ordinary focus group about local farming.  This was part of the first pilot exercise to get the data collection tools ready for exploring gender norms and capacities for agricultural innovation in potentially 60 other villages around the world. It is well known that agricultural innovation is critical to reducing poverty. Men and women can benefit simply from improvements to their wellbeing in terms of health, nutrition or income. But innovations can also sometimes lead to women’s empowerment, better household decision-making and new agents of change appearing in communities.  Or, in stark contrast, innovation that ignores gender inequality can be limited in its impact and may even worsen the poverty, workload and wellbeing of poor rural women and their families.  Yet there is still relatively little understanding of whether and why innovations can have such contradictory dynamics.

MAIZE Gender Specialist Lone Badstue recently welcomed Gordon Prain (Gender and Partnerships Specialist from CRP Roots, Tubers and Bananas (RTB)) and qualitative methodology expert Patti Petesch (a frequent World Bank consultant) on the Global Study on Gender Norms and Agency in Agricultural and NRM innovation, to El Batán, Mexico.  They are part of a larger CRP cross gender study to take place in 2014 and 2015. Social scientists held key methodological tests in rural communities in Mexico where maize is a part of people’s livelihoods. The methodology should then be finalized for the cross gender study by the end of March 2014 and pilots could take place as early as April. MAIZE CRP could carry out as many as 10 studies throughout 2014.

We asked Lone and her colleagues a few questions:

Why are CRP gender research specialists conducting this global study?

We know very well that innovation in agriculture and natural resource management is vital for tackling rural poverty. But because of deep-seated gender norms – or the social rules influencing women’s and men’s choices and behavior – the costs and benefits of innovation may not be equal for all groups, and sometimes lead to harmful outcomes. We need to learn much better how to deliver benefits more effectively and fairly to poor women as well as to poor men, and especially how to better predict and prevent harmful outcomes to women.  And a stronger understanding of gender roles and relations, and how these interact with capacities to learn about, adopt, and benefit from agricultural innovations, is central to this challenge.

According to Jacqueline Ashby, CGIAR’s Senior Advisor on gender and research, “CGIAR Research Programs are ‘elevating the game’ by aiming to improve women’s control over assets, inputs and benefits. But before researchers can design innovations that really make a difference, they need to analyze how their interventions will perform in the face of different capacities of men and women to take advantage of new opportunities in agriculture and natural resource management.”

What is the research approach?

This is a comparative case study research initiative that applies a standardized methodology to investigate numerous cases of changing gender norms and agency in the context of agricultural innovation. These case studies will help CRPs to implement their Gender Strategy and will reinforce the integration of gender into their technical research.

The methodology is qualitative; it may not be statistically representative but we can draw patterns. Cases are being selected to cover a broad range of CGIAR Research Programs target regions, environments, crops and cultures so that broad patterns in the role of gender norms in innovation and adaptation can be identified. Looking at how these patterns influence access to land and innovation will allow us to make recommendations for researchers to make the impact of their strategies more equitable. 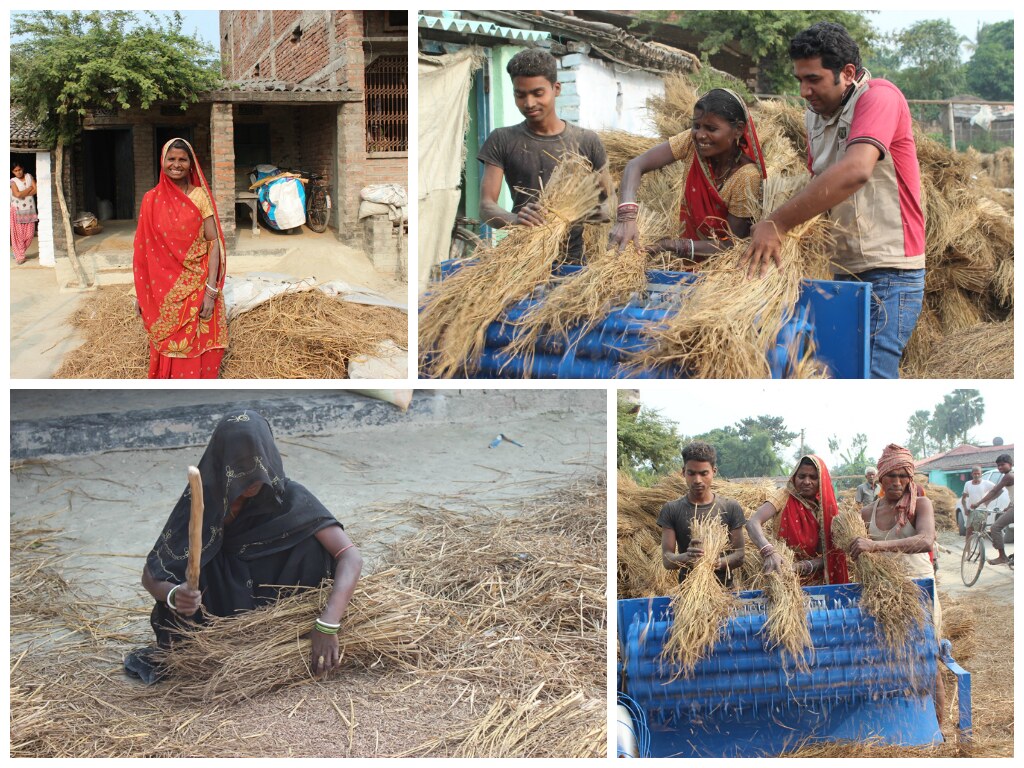 We are aware of patterns in relation to gender norms and different kinds of agriculture within the work of the CGIAR, for example the dominant role of men in the vast cereal-based systems of South and East Asia, but also the key role of women in vegetable, root crop and livestock sub-systems in China and Southeast Asia.  We recognize these patterns, and others, but we are still some way from understanding how gender norms are constraining or supporting agricultural innovation. This is the aim of this project.

The case studies will be structured to provide a core set of data that can be compared systematically across all cases and provide a basis for analysis across gender, generations, socioeconomic groups, and community and country contexts. The aim of the study is to complete a large number of cases across diverse contexts in the first 18 months.

Where does the idea for the study come from?

The idea for this global study emerged from the 2013 CGIAR Gender Network meeting in Montpellier focused on gender research methods. A group of CRP gender specialists, representing CRPs MAIZE, WHEAT, Roots, Tubers and Bananas (RTB), Climate Change, Agriculture and Food security (CCAFS), Forests, Trees and Agroforestry (FTA), Aquatic Agricultural Systems (AAS), Livestock and Fish (L&F) and Humid Tropics organized themselves to propose the idea of adapting the World Bank global study On Norms and Agency, which Patti Petesch co-authored, to CGIAR needs. With support from the Consortium gender advisor, they convened a Study Design Group which held its first meeting on October 21-25, 2013 in Washington, DC.  Since word of the study has been disseminated across all CRPs, additional CRPs have expressed interest in conducting case studies, including Agriculture for Nutrition and Health (A4NH), Water, Land and Ecosystems (WLE) and Dryland Cereals. In addition, the World Bank has reached out to support a study partnership in two countries of Sub-Saharan Africa.

An important challenge facing the study is that gender norms are changing around the world, but these changes can be mixed and difficult to assess on the ground.  In San Gabriel de las Molinas, for instance, we asked a focus group of middle class men if they thought men and women had the same possibilities to experiment with new ways of growing maize.  One of the men, after declaring that the possibilities were the same, even argued that “women have better ideas and had earned a place that they didn’t have ten years ago.  Now they participate in governmental programs like the ones with greenhouse production of nopales (prickly pears) and tomatoes.” Yet, another man immediately countered, insisting, “There is a lot of machismo in the community and the women respects the decisions of the men.” Ensuring women’s inclusion in agricultural innovations requires a strong understanding of both the new openings and old barriers that can make women’s opportunities on the ground very different from men’s.