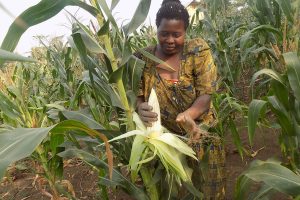 300 million people depend on maize as their main food source in sub-Saharan Africa, where many smallholder farmers do not have access to irrigation systems, and extended drought can be a death sentence for their crops. Now, with new drought tolerant varieties such as bazooka, they can expect better harvests.

To read the full story, please click here to view the original article from Seed World and CS Monitor.